How to own your own Vincent Van Gogh

Everybody needs an artwork at home, or at least a reproduction. Photography, drawings, paintings, modern or contemporary art, these days you can own a masterpiece without bankrupting yourself!

Let’s take Vincent Van Gogh as an example. Have you ever imagined owning a Van Gogh painting and adding it to your wall art collection?

10 facts you should know about Vincent Van Gogh

Two iconic paintings you should add to your wall art collection 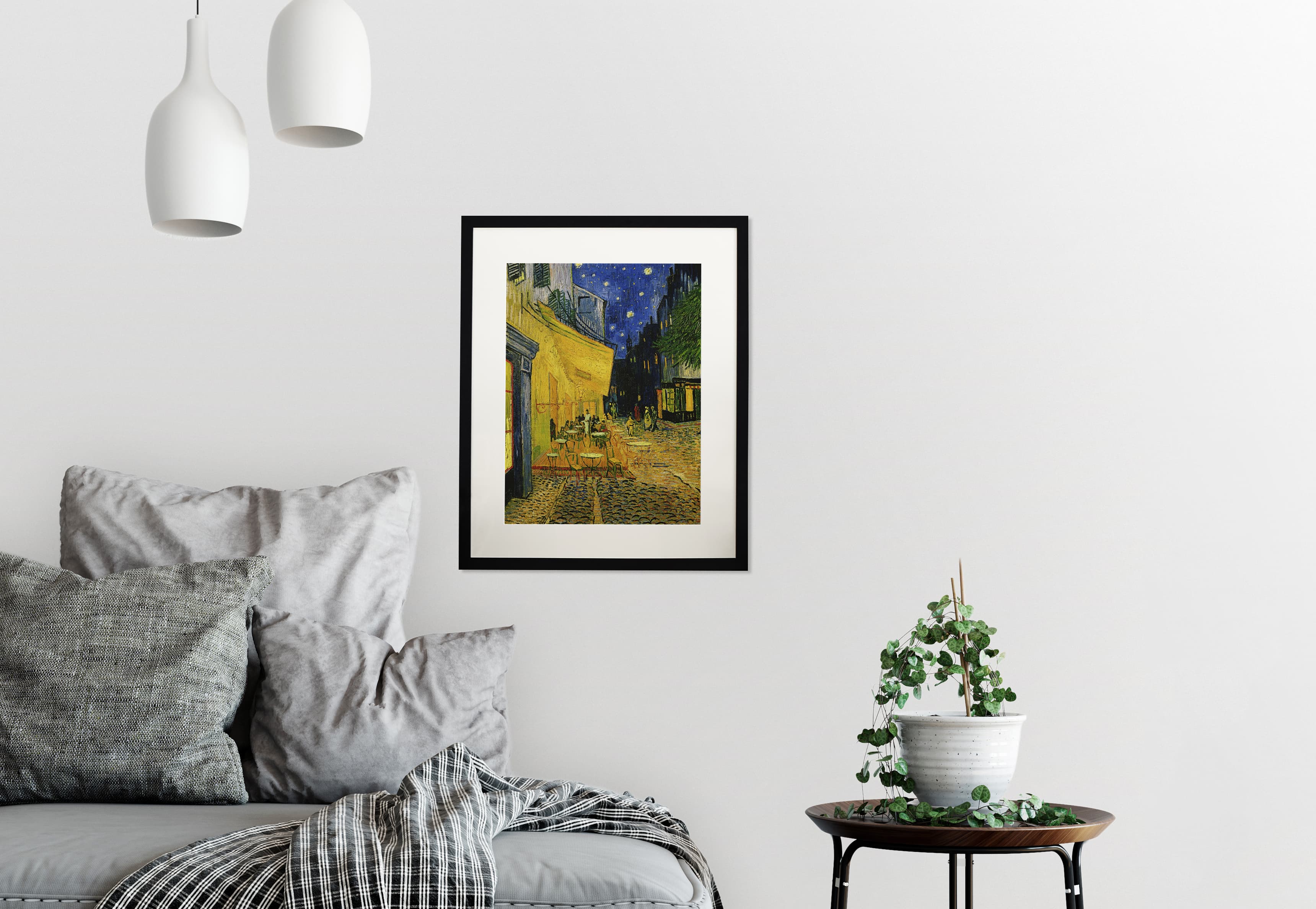 Fascinated by the light and the vibrant colours of the South of France, Van Gogh painted this world-famous oil in September 1888. This nocturnal painting was made in Arles in-situ on Place du Forum. Describing this painting in a letter he wrote to his sister: “Here you have a night painting without black, with nothing but beautiful blue and violet and green and in this surrounding the illuminated area colours itself sulphur pale yellow and citron green. It amuses me enormously to paint the night right on the spot…”

Probably one of Van Gogh’s most famous paintings even if he didn’t like it. He painted The Starry Night just after being confined to a mental institution in Saint-Rémy-de-Provence, France. We can clearly see that his illness affects his work: trees shaped like flames, powerful yet terrifying blue colours, whirlwinds in a turbulent sky like an end-of-the-world. Interpretations of what this painting means are almost endless.

Want to learn a bit more about this Dutch painter, his life in England and how he fell in love with British culture? Discover the exhibition Van Gogh and Britain at Tate Britain in London, and some of his masterpieces such as Shoes, Starry Night on the Rhône and the emblematic Sunflowers, and immerse yourself a bit further in Van Gogh’s world.

A Photo Book to fit every wedding story

The best gift for a pet-loving child

Inspire Your Photo Book: 2020 in Lockdown